Scammed? Fight Back! File a Complaint! 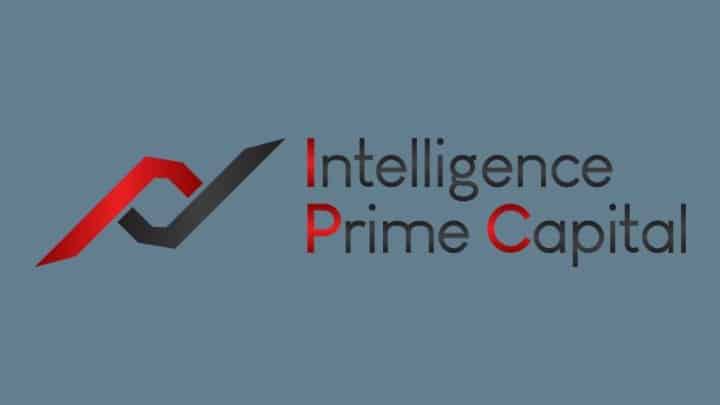 If you are looking for higher success rates in your investments, Intelligence Prime Capital (IPC) might be the solution for you. It is a common fact that most traders don’t generate considerable profits. As a result, IPC has developed a trading bot that will take over the task of investing. However, the question remains – should you rely on IPC and its bot, which is said to have a high success rate? This article will answer that question. Now, let’s get into it.

What is the nature of Intelligence Prime Capital?

Intelligence Prime Capital Ltd is a trading platform that provides users with an automated robot, which has a good success rate. This AIA bot carries out technical analysis and places trades on behalf of traders. It works through Metatrader 4 (MT4). The company offers investors the possibility to trade in Forex, gold, and commodities. It is licensed to function as a trading firm, and we have discussed the regulations of Intelligence Prime Capital in this article. Before we move forward, let’s take a look at how this trading system functions.

What is the mechanism by which Intelligence Prime Capital operates?

Investing in Intelligence Prime Capital is very straightforward. All you have to do is pay the subscription fee for one of the three bots (Smart, Brilliant, or Genius) and then fund your MT4 account. The minimum deposit is the same regardless of the bot but the return on investment (ROI) differs. Smart gives you 15%, Brilliant 30%, and Genius the highest with 45%. As the robot carries out the trades, you can observe how it is performing in your account and decide when to take out the profits. On average, you’re looking at a 10% weekly and 45% monthly ROI, which is quite impressive. But is Intelligence Prime Capital a reliable trading platform? Read on to find out.

Is it genuine or fraudulent to invest with Intelligence Prime Capital?

There are many doubts when it comes to platforms that promise to help you invest your money. This is because many of them are not open about how they manage people’s finances. It is true that Intelligence Prime Capital is actually paying its customers; there are several payment evidence out there. But some Ponzi schemes present themselves as foreign exchange trading sites, which is why some people may be uncertain about Intelligence Prime Capital’s income. Before becoming a member of IPCapital, the following points should be considered.

It is important to be aware of the details surrounding Intelligence Prime Capital and the services that it offers.

Although Intelligence Crime Capital functions on Metatrader 4, it is not certain that it is a legitimate broker. Doubts have been raised over how Intelligence Prime Capital could be a Ponzi investment despite it running on the MT4 platform. It is understandable that some people are bemused as to how a broker using MT4 could be fraudulent. It is important to comprehend that the fact that they are using MT4 does not make them completely trustworthy. It is possible that they are not being completely transparent with their customers. Therefore, it is advisable to be cautious when dealing with platforms claiming to aid with trading.

Is it possible to use any broker with the MetaTrader 4 platform?

Because of its reputation, many users and potential members of Intelligence Prime Capital are wondering if Meta Trader 4 (Mt4) can be used by any broker. What made those already part of the Capital to feel more confident about joining was that the system ran on Mt4 and some weaker licenses. People have said good things about them, seemingly leading to the belief that they are completely reliable. They are also paying out well to support this idea. Nevertheless, Mt4 is merely a tool to trade and does not have the ability to know if a broker is running properly or not. Therefore, one has to be cautious when deciding to join, as it could be one of the fraudulent Ponzi schemes out there.

Yet the outcomes are publicly shown in real-time on MetaTrader 4.

Intelligence Prime Capital has control over the information they present to you on the MT4 platform. This means that you can only observe what they choose to show you. The majority of trades you see on the MT4 are supposedly profitable. However, in actuality, you can only trust that some of your trades will be productive. It seems that they are hiding any trades that might have been unsuccessful, leaving only successful trades on view. Consequently, the outcomes you are looking at are not accurate.

Regulations set by Prime Capital governing the use of intelligence

Intelligence Prime Capital is registered with FINTRAC, MSB, and ASIC. This may make it seem like a reliable option for trading. Nevertheless, they still need to have some official authorization from regulatory bodies to be considered a legitimate broker. Unfortunately, it has been blacklisted by a regulator in Canada, making it questionable whether it is trustworthy. Therefore, it is understandable to be concerned about this company since it has been banned in the country where it is based.

Is there any reason to question the reliability of Intelligence Prime Capital if they are fulfilling their commitments of payment?

Individuals investing in the Intelligence Prime Capital are giving a favorable assessment of the platform since it is currently paying out. However, in my opinion, they are at a high risk of losing their money. The company states that it will grant more than 40% return on investment every month, which is a feat that is not achievable in any legitimate investment. Even experienced traders cannot make such claims. To answer the question of how they are paying investors, they can generate a profit but it is not enough to pay out such high returns. It is possible that they are employing the Ponzi scheme, making Intelligence Prime Capital a pyramid program. This doesn’t mean that investors won’t gain any money, it means that even if the trading is not successful, they can use funds from new investors to pay earlier investors.

Having been made aware of certain details related to Intelligence Prime Capital, it is up to you to make a decision whether or not to invest. Weighing the advantages and drawbacks is the best way to arrive at a conclusion.

There is a substantial likelihood that you will not recover your investment.

It is not safe to entrust your trading funds to them. Intelligence prime capital is a highly risky investment due to a number of factors.

There is no need to formally register in order to conduct business as a trading company.

Even though Intelligence Prime Capital holds FINTRAC, MSB, and ASIC registrations, these credentials alone are not enough for a broker and investment company; a regulator in Canada has blacklisted them.

If any difficulties occur, it is not possible to attribute blame to a specific individual.

If you’re dealing with a company that is not open and honest, it could suddenly go bankrupt. And if that happens, it would be hard to hold anyone accountable.

Is it legitimate to consider intelligence as a major asset?

If you choose to become a member of Intelligence Prime Capital, you should be aware that it is a very speculative investment platform. You may be able to make some money, but it comes with the risk of potential losses.

What is the Return on Investment?

The amount of profit you receive is contingent on the robot you select. The genius robot will provide you with a 45% return.

What cause is there for you to question the legitimacy of IPC if it holds a valid authorization to run its operations?

The current number of registrations that IPC possess may not be enough for a broker, meaning that the service could potentially be discontinued at any point in time. Thus, caution must be exercised when investing in this platform as you could potentially face financial losses.

It is not wise to trust Intelligence Prime Capital because they are not transparent. To be reliable, trading needs to alert investors to potential risk. However, IPCapital guaranteed 45% ROI each month, which is not possible in forex trading. It cannot be achieved in a steady manner through forex. They say that all their gains come from trading, but that is not enough for them to be able to pay out 45% in profits to their investors. The only way they are able to pay out such high returns is by transferring money from newer to earlier members, which is similar to a Ponzi scheme. We hope this review of Intelligence Prime Capital was useful. If you have any questions, feel free to leave a comment below.

Believe that it is possible to recover lost funds!

We are a registered Fund recovery assistance firm based in London, UK.

We have many years of experience in helping scam victims.

We analyze your chargeback data and root causes of your scam case in real time. We maintain the security of your data with highest standards. So you need not to worry about any data misusage.

SIMPLY FILE YOUR COMPLAINT THROUGH THE SECURE CHAT WINDOW AND START THE RECOVERY PROCESS!